Prunella (who used the last name LaBoche, though this could be an alias) was the granddaughter of Nazi agent Pruneface. Her father was reportedly Pruneface's son, who had been killed during the Korean War.

Prunella had long white hair and wrinkled face, in keeping with her family's typical appearance, which made it difficult to estimate her age. She was a computer genius and creator of the Prune Computer.

Prunella was the ringleader of a gang of deadly females including herself, Quiver Trembly and Angeltop Jones. Little is known about her past, but she looked up to her grandfather and was fully aware of his connection to Xylon and to her accomplices' relatives, Shaky and Flattop Jones Sr..

Following her grandfather's reanimation and recapture in 1983-85, she and her compatriots plotted to destroy Diet Smith's Fusion Plant when it opened. With a million dollars provided by Angeltop's uncle Blowtop Jones, they sought to purchase Plutonium from criminal Egan Oipse, who was killed while attempting to flee the FBI before the deal could be made.

Prunella, Quiver and Angeltop hid out at a newly restored replica of the Santa Maria ship (where Flattop had drowned and where Angeltop had nearly perished in the fire that previously destroyed it). Prunella planned to substitute the plutonium for Xylon and, maintaining the pretense that it was plutonuim-powered, hold the plant, one of the workers and Diet Smith for ransom.

Dick Tracy knew that Xylon broke down into harmless chemicals after two hours (due to his past experience with it) and deduced that this was the reason why Prunella's deadline was two hours. Quiver and Prunella were arrested and Angeltop committed suicide before she could be captured.

During her time in state prison, Prunella was visited by Felice Fortune. Fortune promised Prunella a prominent role in Fortune's organization when Prunella was paroled (which was scheduled for the year 2010) if Prunella would provide her with the formula for Xylon. Prunella agreed, but later regretted the decision and told Dick Tracy what she had done.

The Return of Prunella

At some point, Prunella either escaped from prison or was released.

Later, Prunella discovered that Pruneface was being held captive in a secluded prison in the Bavarian mountains. She conspired with her daughter Prune Hilda to steal a recovered painting that had been claimed by Nazis during World War II. She then made an arrangement with the Mossad agents that were holding Pruneface to have him released in exchange for the painting.

Prunella demanded that the transfer take place in mid-air between two mountain gondolas. Before Pruneface could safely transfer from one gondola to the other, he fell to his death. Prunella was present when his body was recovered. Horrified, she shot herself in the head rather than be taken into custody. 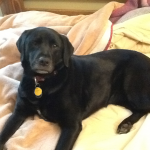 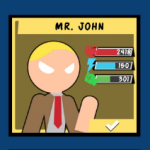