Gravel Gertie was a woman who lived in a gravel pit in a rural area outside Dick Tracy's city. She was depicted as extremely homely, with bulging eyes, crooked teeth, a wiry figure and a hairy upper lip. She also has two dark scars on her left forearm from an accident in a sawmill when she was young. She has long, silky hair and a beautiful singing voice. She is also skilled at playing the mandolin.

Gertie has stated that her father died of a dope habit. It is not known what had become of Gertie's mother.

Gertie has informed her husband that she is 1 of 8 sisters. Their birth order has not been established, and it is unclear how many of them are still living. One of Gerti'e's younger sisters was known as "Agate Aggie". It is not known if Gertie has any other living family, or what her surname was before she married B.O. Plenty.

After her father's death, Gertie was raised in an orphanage in Abbeyville. While at the orphanage, a treasure map was tattooed onto her scalp. After her hair regrew, the map was not found until well until her adulthood. The tattoo artist later told relatives that Gertie had run away from the orphanage.

During her first encounter with Dick Tracy, Gertie claimed to have been a widow for thirty years (see Notes below). She had previously owned a farm. Her unnamed first husband had sold the farm rights in order to turn it into a gravel pit. He was later killed when he backed his car into the gravel pit (apparently an accident) in 1914.

Gravel Gertie and the Brow

Gertie first came to the attention of Dick Tracy when she aided and abetted the fugitive The Brow. The Brow was injured and had crashed his stolen car into Gertie's gravel pit. She generally disliked trespassers, but took a liking to the man, finding him handsome. She dressed his wounds in a poultice of cobwebs and soot (which resulted in his eyes being covered), and nursed him back to health.

The Brow became enamored of Gertie's singing voice and the feel of her hair. When he finally tore the bandages from his face, he recoiled at her appearance. They struggled and the Brow knocked over a gas lamp, which set Gertie's house ablaze. Her hair caught on fire and she ran to a nearby creek to douse it. The police had traced the Brow to the area and he and Gertie were taken into custody.

At the police station, Gertie tried to help the Brow escape by tossing him a gun that she grabbed from one of the officers. The Brow was still handcuffed, and while he fumbled with the safety catch, Tracy threw an inkwell at his head. The Brow stumbled backwards through a window and fell to his death. Gertie was arrested and sentenced to a term in the local women's prison.

Gertie proved to be a model prisoner. She cleaned, and entertained her fellow inmates with music. She aided Tracy in the investigation of Matron Anna Enog, who was operating a dope-smuggling ring. Gertie was rewarded with an early release, but was soon targeted for revenge by Anna's son Measles.

Gertie went to work at the "Say it With Flowers" Greenhouse, where she was also given a place to stay. The greenhouse was adjacent to Sunny Dell Acres, which later became the home of Bob Oscar "B.O." Plenty. Gertie and B.O. initially expressed distaste for each other, but they soon developed a romance.

Gertie and B.O. were married and welcomed their first child into world shortly thereafter. Their daughter, Sparkle, was beautiful and was featured in the first issue of Glance Magazine. Gertie fell ill shortly after Sparkle's birth, but recovered.

Gertie became despondent over B.O.'s disappearance when he believed himself to be wanted for the murder of Talcum Freely. She was barely able to care for herself and Sparkle until B.O. returned.

When Sparkle's school friend Susie Zonn was abandoned, Gertie was happy to take the child in as part of their family. Gertie treated Susie (later re-named Wingy) as a second daughter.

In 1968, Sparkle won a trip to the Moon, and B.O. and Gertie accompanied her. An advertising campaign fro Sunny Wheat cereal was developed around the Plentys' adventure on the Moon, including Gertie adopting Moon fashions (unitard, thigh-high boots and long gloves).

When Sparkle married Vera Alldid, Gertie disapproved of union less than B.O. did, and was more forgiving of the young couple. Alldid gained Gertie's favor by purchasing a stove with a built-in television set for her, so that should easily watch her favorite programs while cooking.

In late 1971, Gertie began to suffer hair loss on the top of her head, which revealed the map that had been tattooed there when she was a child. The story was reported in newspapers, which attracted the attention of the Witch Gang, a small group of criminals. Members of the gang kidnapped Gertie, hoping to use the map to recover the treasure. Gertie resisted, and she was left in the gang's truck when they abandoned it in a snow drift during a severe winter storm. Gertie suffered frostbite and hypothermia inside the truck, but was able to attract the attention of police using flares from the truck's emergency kit. She was transported to a hospital in a magnetic air car and made a full recovery. The lost treasure was later found, and Gertie and B.O. collected a share valued at $300,000.

In 1975, Gertie was one of several women (including Lizz) who were targeted by an obscene phone caller.

During the tumultuous time when B.O. disowned Sparkle (following her divorce from Vera), Gertie pleaded with him to reconsider, which he eventually did.

Gertie was occasionally the object of some affectionate flirtation by Vitamin Flintheart, which provoked jealousy in her husband.

At some point, Gertie went to night school and obtained her high school equivalency diploma. In the early 1990s, Gertie enrolled in a local college to complete her education. This created some friction between her and B.O. She attended a lecture by the visiting Professor St. Jones, and remarked on his resemblance to the criminal Flattop Jones Sr..Gertie was later present at the channeling session where Flattop's "spirit" possessed the Professor, as well as when the Professor attempted to assassinate a politician who was speaking at the campus. She and B.O. resolved their differences.

On several occasions, Gertie has nagged B.O. to find a steady job, which has led to him becoming embroiled in further adventures.

In 2012, while B.O. was away from Sunny Dell Acres to introduce his new son to his side of the family, Sparkle and her daughter Jewel came to stay with Gertie. This visit coincided with the return of Measles, who was once again seeking revenge against Gertie. He invaded the Plenty family home, but was repelled by Gertie and Sparkle until Dick Tracy arrived.

Later, Gertie formed a musical group with her daughter and granddaughter called "The Sounds of Plenty".

Gertie was surprised to discover that her younger sister, Agate Aggie, was visiting the City to perform in a production of "Arsenic and Old Lace". Gertie was further surprised when Aggie made an unannounced visit to Sunny Dell Acres.

When it was announced that a feature film would be made in the city about the life of Breathless Mahoney, B.O. attempted to prevent Gertie from learning about the project. B.O. believed that he had kept the full extent of his involvement with Mahoney a secret from Gertie and his children. Gertie reminded B.O. that their wedding had been interrupted by B.O. getting arrested for assaulting Breathless, and that their children knew that B.O. was a good man regardless of what he had done in the past.

Appearances in Other Media:

"Dick Tracy in B Flat"

Gravel Gertie was a character in the humorous radio play "Dick Tracy in B Flat", produced for Armed Forces Radio in February of 1945. She was played by Cass Daley. She sang a song that parodied "The Trolley Song" from the musical "Meet Me in St. Louis".

Gertie's depiction was very similar to her appearance in the comic strip. She was shown to be the "ever-loving" wife of B.O. Plenty, and they lived together at Sunny Dell Acres.

Gravel Gertie was a character in the "Dick Tracy" segments of the 1971 animated television series "Archie's TV Funnies", produced by Filmation Associates.

Gertie's appearance closely resembled her depiction in the comic strip. She was portrayed as B.O. Plenty's wife and a friend of the Tracy family. 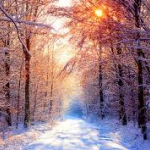